Today I got to on a Thursday Birder Trip. Our local Audubon Society branch, the Central New Mexico Audubon Society, hosts an excellent series of walks to a different spot in, and around, Albuquerque each week. My wife's work schedule is back to what it was when she started, Sunday-Wednesday, so I'm able to get out to a few walks before our move.  But I used to attend them every week and they really pushed me into enjoying birding and taught me so much.  I'm going to miss them and hopefully Portland offers something similar.
But today's walk was in the Corrales Bosque and the target bird was the American Dipper which I had seen the previous week.  As it turned out, we would not see the Dipper, but plenty of other good birds were around to make it a good morning.
We would see three Cooper's Hawks, including one that was chest-deep in the water, which I didn't get a shot of, but I did get one after it landed in a tree. 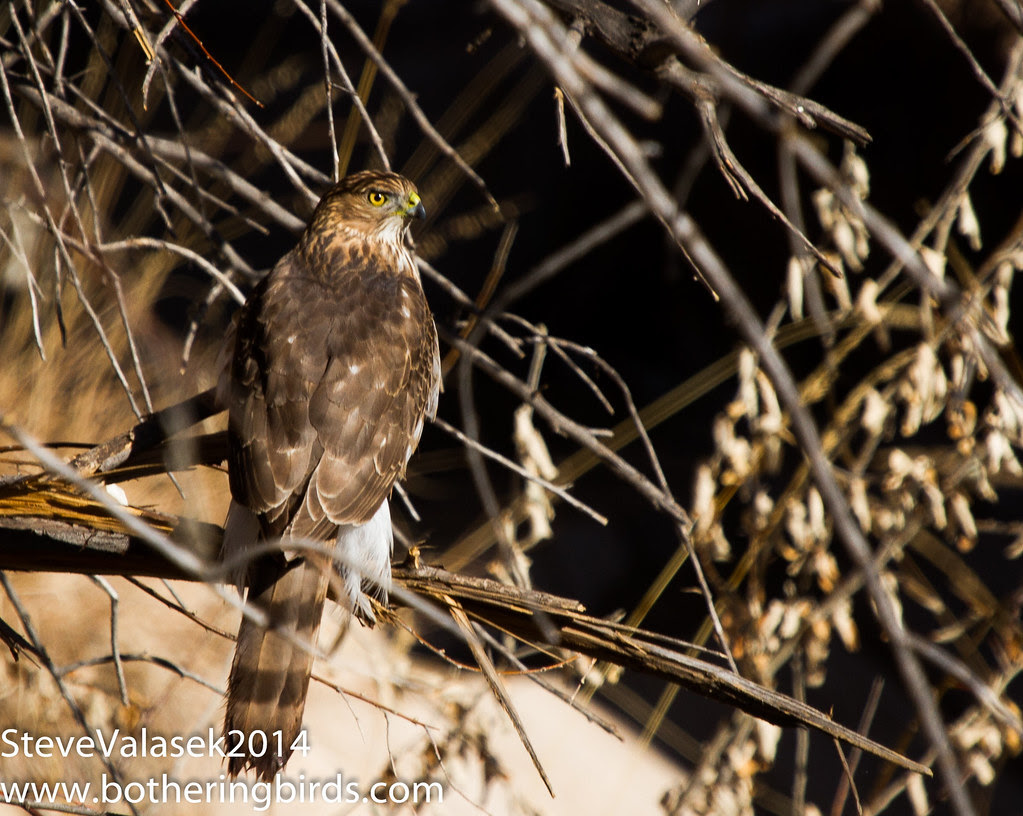 There were plenty of small birds about.  We would see two Hermit Thrushes, including this one. 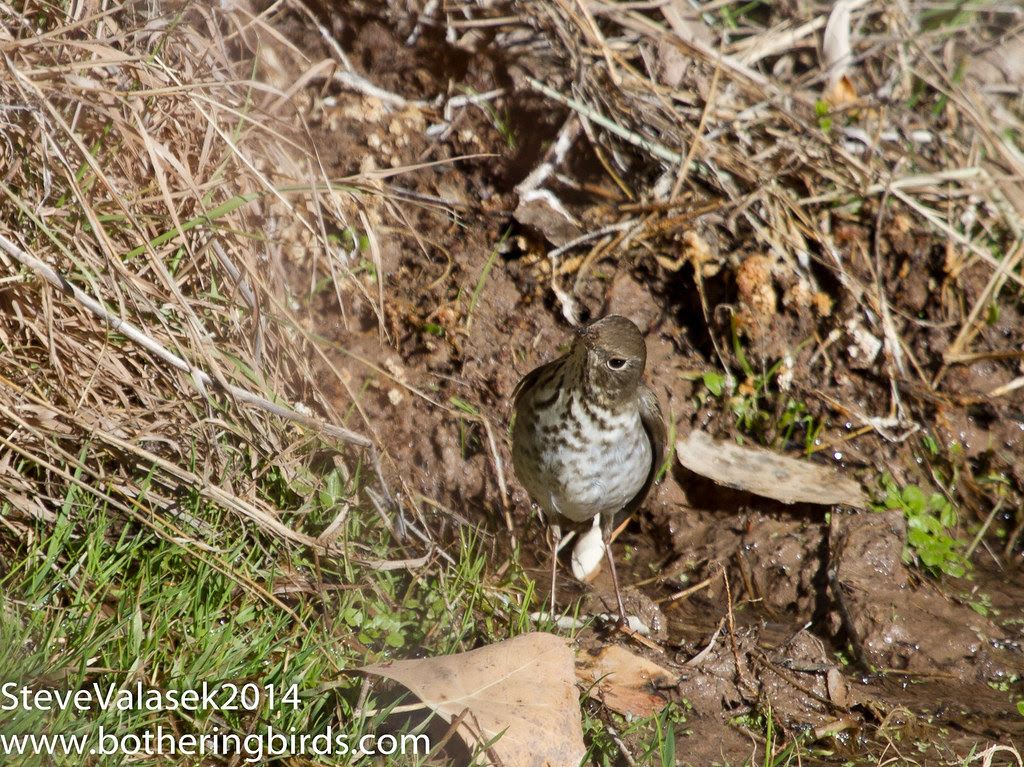 And White-Breasted Nuthatches were everywhere. 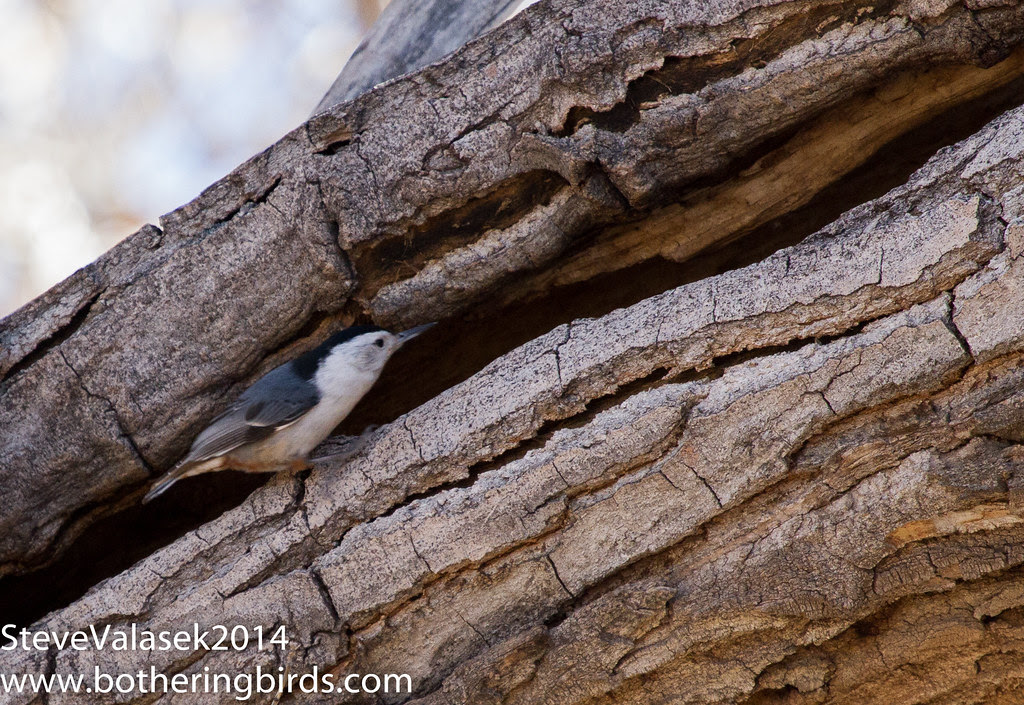 But when we got to the area where I had seen the American Dipper last week, it was empty.  No Dippers, but we did see a small bird in the thick brush across the water from us.  We ended up working really hard to draw it out, lots of pshing and some audio clips seemed to help.  Then we finally got a glimpse of the bird, a small rusty-brown bird with a short tail and an eye-stripe. 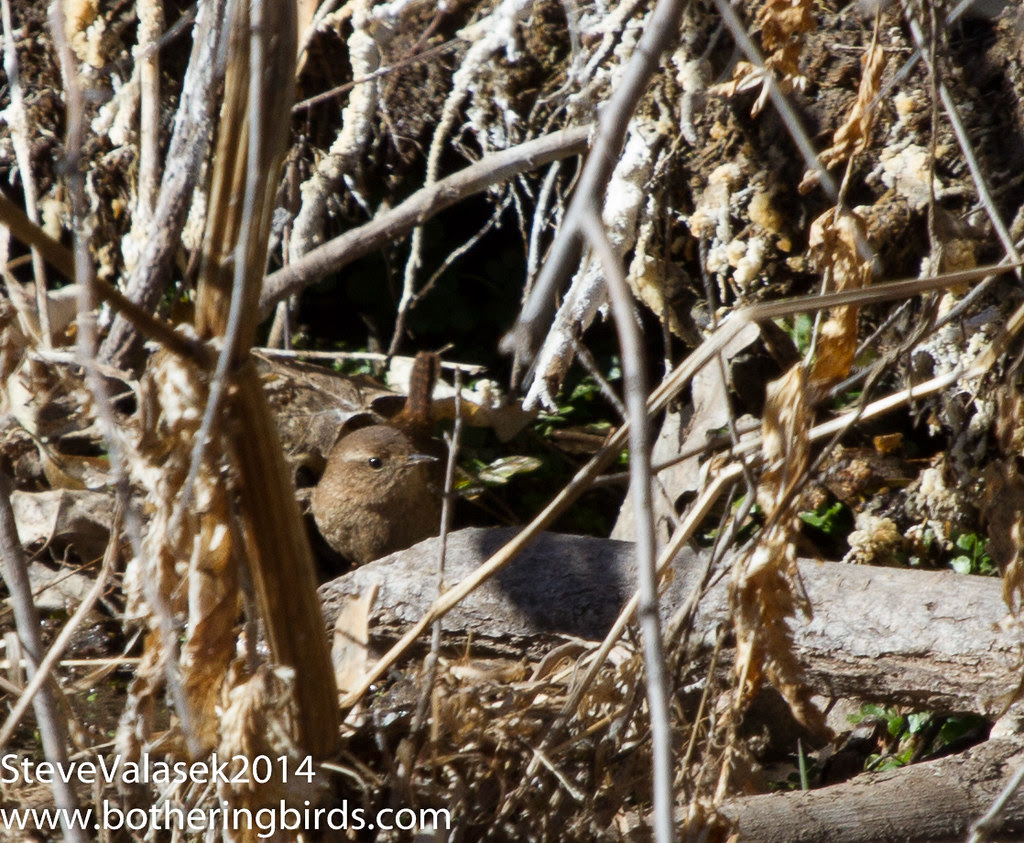 It was a Winter Wren.  Rare for our part of New Mexico and a lifer for me.  There had been reports of Winter Wrens in the area for as long as I've been birding there, but this was the first time that I had actually seen it. And after spending so much time hiding, it decided to drop right down to the water's edge and everyone got some very good looks at it. 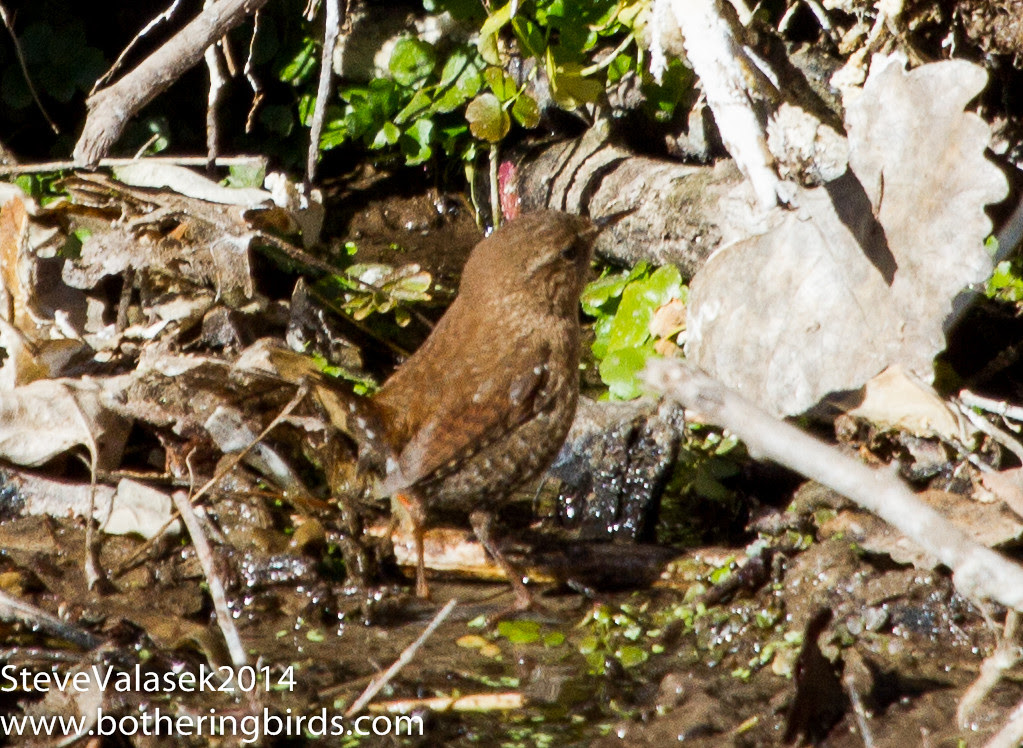 We also got to see an adult Bald Eagle circling over the Rio Grande, but the tiny Winter Wren would be the bird of the day.

After I got home the family decided to go down to the Rio Grande Zoo and see their newest guests, Tasmanian Devils.  They are only the 2nd zoo in the US to have them, and the other is the San Diego Zoo.  Getting Tasmanian Devils out of Tasmania and away from the nasty facial cancer that has killed 80% of them is really important for their survival.  Although there are 4 here at the zoo, we only saw 2 of them out in the enclosure and they are really cute and cool looking animals. 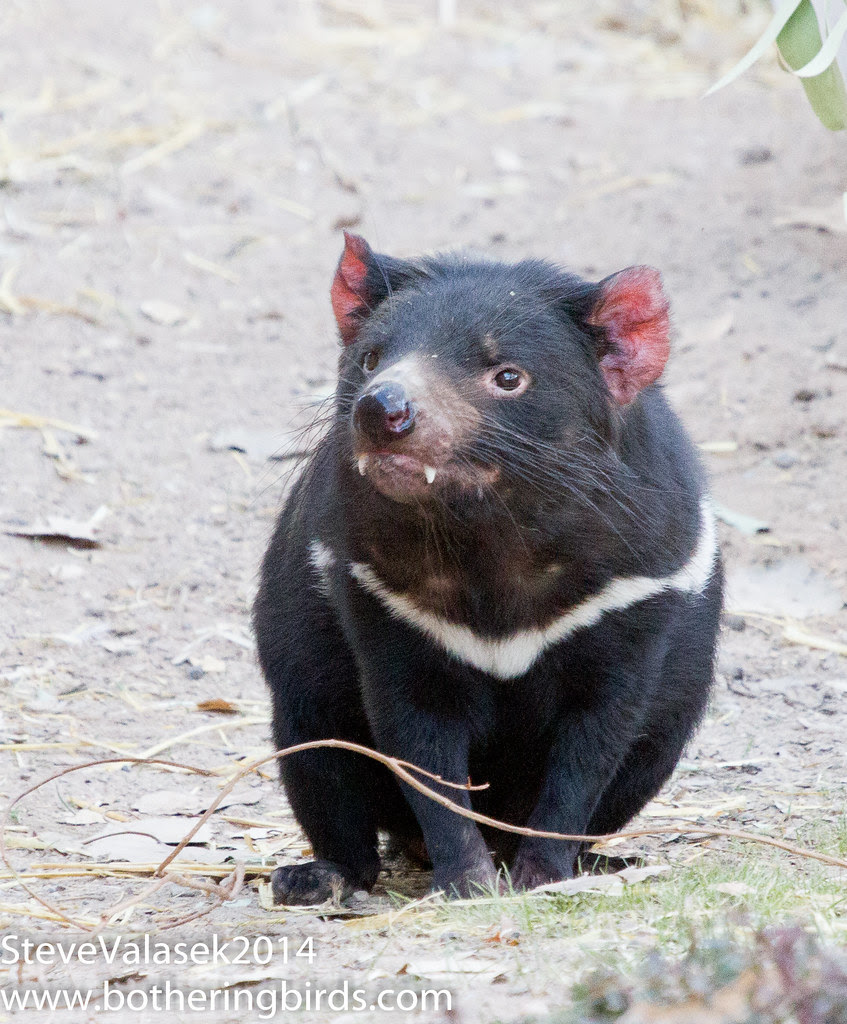 I don't really like to post photos of birds that I see in zoos or Aviaries alongside the ones that I find in the wild.  But our zoo has a large pond in the center which is always full of wild ducks and geese that hang out for the free food.  We were there at the right time for me to get some good shots of the better looking ducks.
This American Wigeon looked like it was trying out for an insurance commercial. 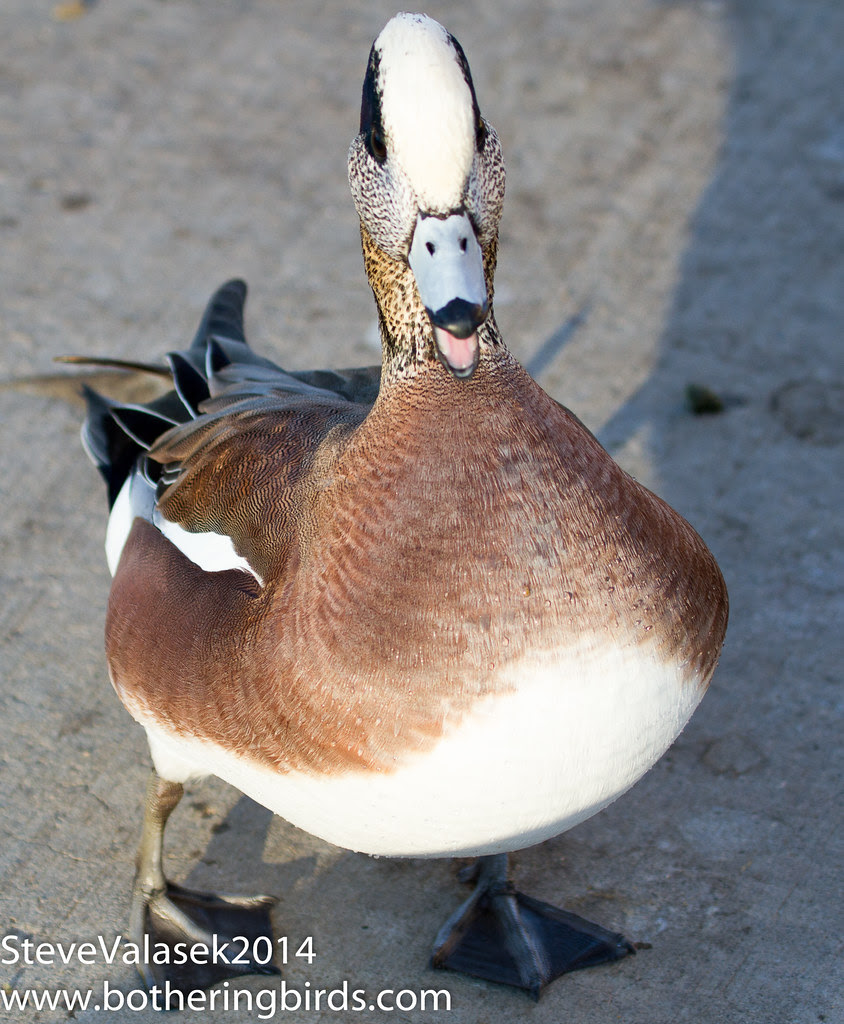 And out of all of the fowl there begging for food, only the Wood Ducks were able to catch food in mid-air.  But a solitary Ring-Necked Duck stole the show.  This photo shows where it got it's name from. 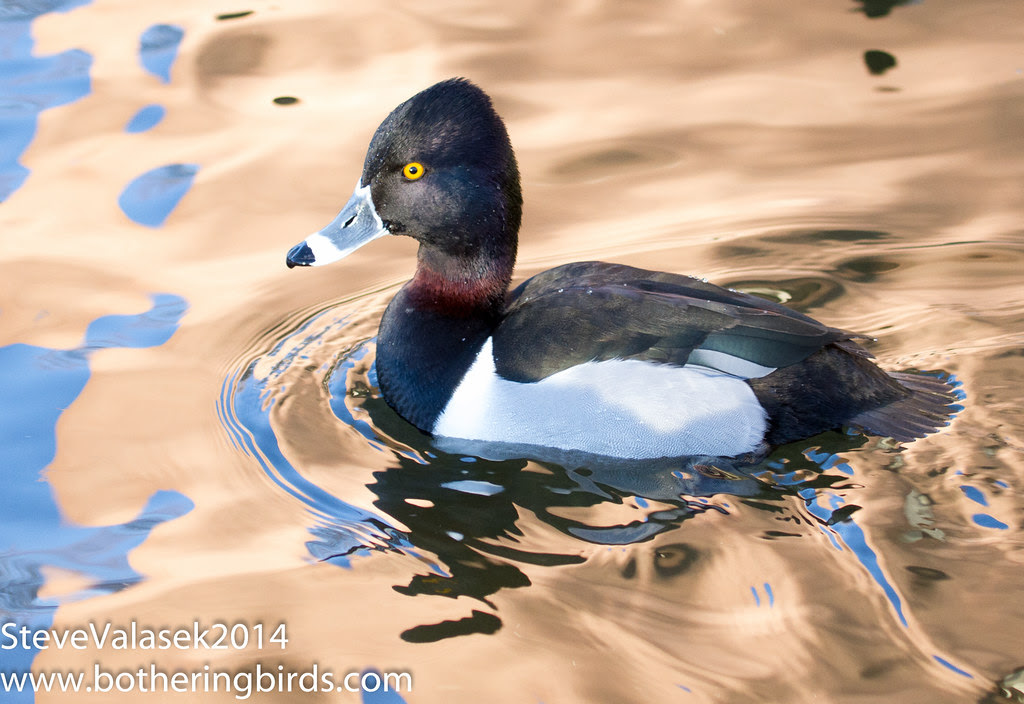 and another one of the beautiful duck. 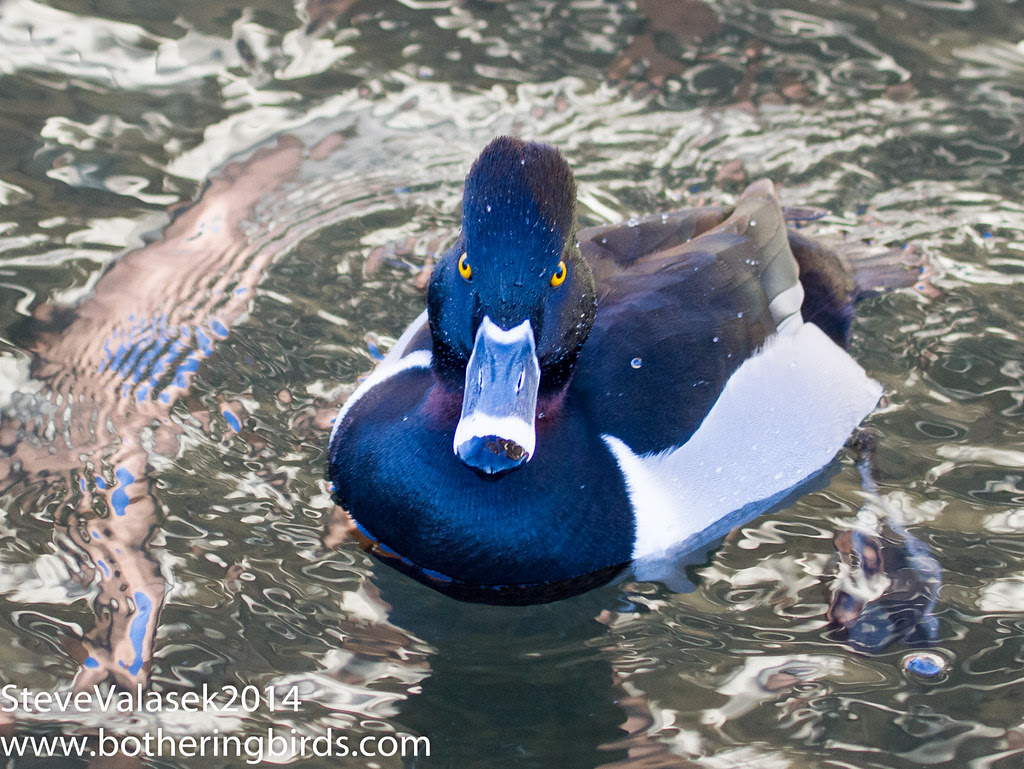 And a couple of the captive birds.  The first is a Crested Caracara with dinner (their Bald Eagle had a whole fish and a soft-ball sized lump of ground meat sitting on a rock waiting for it). 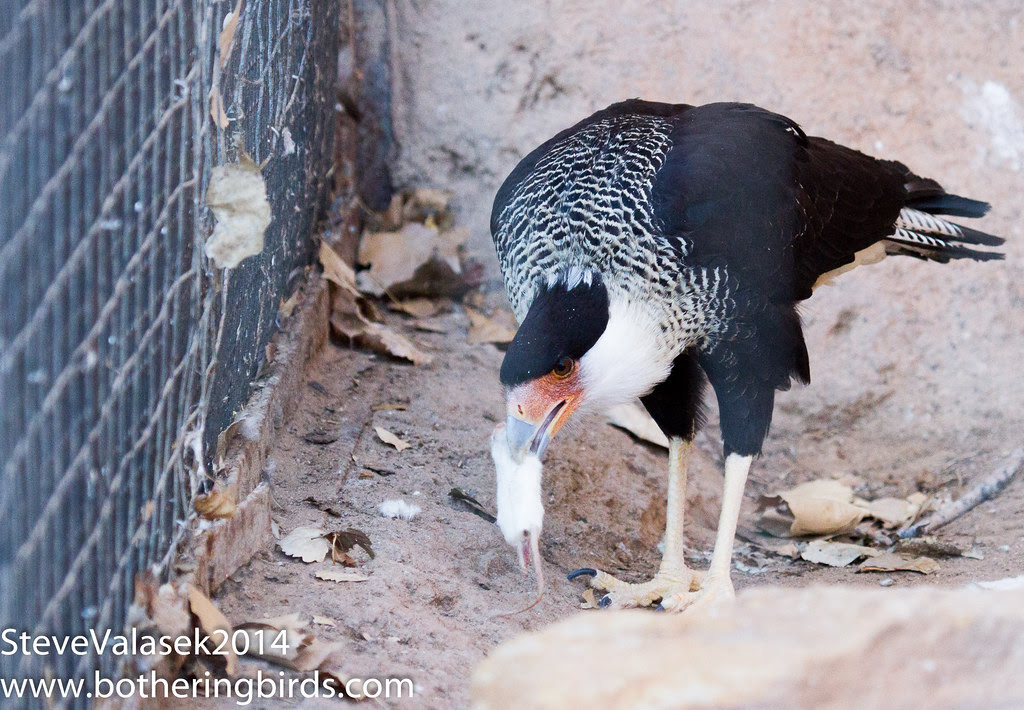 And this odd Jungle Thrush was singing away and my son really enjoyed seeing it. 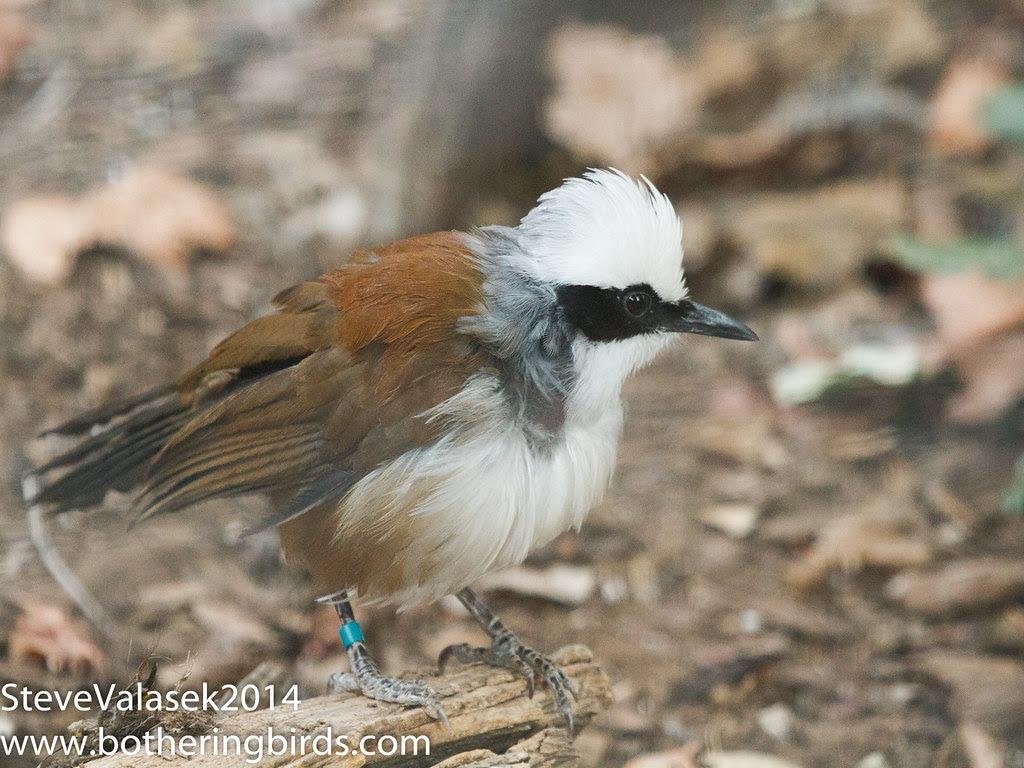 It ended up being a nice day in the bosque and at the zoo with my family.  The Winter Wren was a nice surprise and made up for the lack of American Dipper, at least to me.  It's also nuts to think that we're leaving beautiful New Mexico in only three weeks more weeks.  I'll probably be too busy to bird much, but I want to make the last two Thursday birder trips in January and hopefully one or two of the weekend walks at the RGNC.  Oh, and I really need to see a Crissal Thrasher before I go.

Thanks for making it this far,
Cheers.
Posted by Unknown at 9:58 PM